A provisional date for the British Touring Car Championship at Croft has been announced. However, the BTCC calendar will remain conditional upon receiving appropriate government directives and approvals regarding the resumption of sporting activities.

Ticket sales will resume later in May

The Kwik Fit British Touring Car Championship speeds back into Croft Circuit for what is set to be a blockbuster spectacular.

Having traditionally featured on the first half of the BTCC calendar in recent years, Croft welcomes Britain’s premier race series during the second half of the 2020 season and will play a pivotal role in the destiny of the title. Croft will host three blockbuster BTCC races (Rounds 19, 20 & 21).

Manufacturers such as BMW, Honda, Vauxhall and Toyota and stars such as reigning champion Colin Turkington, Jason Plato and Matt Neal will battle across three pulsating races, including a reverse-grid encounter that is guaranteed to get those in attendance on the edge-of-their-seats.

Ticket sales will resume later in May

Children 12 and under (accompanied by an adult) are admitted free of charge to the circuit. 13 - 15 years old will need to purchase a Teen Ticket.

Sorry, there are no tickets available at present

A provisional date for the rescheduled British Touring Car Championship at Croft has been announced, which will see Croft host Rounds 19, 20 & 21 on October 10/11. However, the BTCC calendar will remain conditional upon receiving appropriate government directives and approvals regarding the resumption of sporting activities. 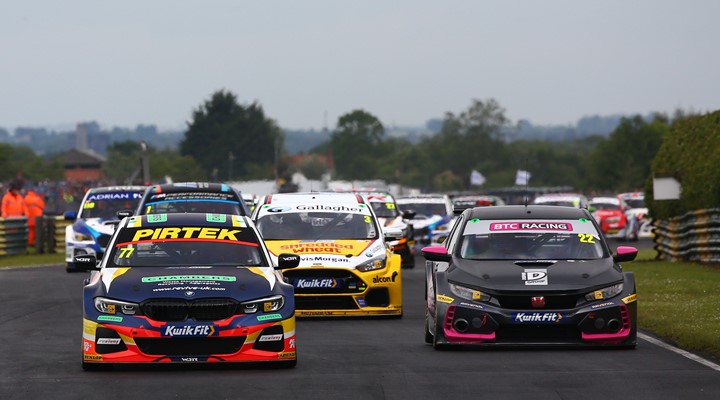 Tickets for the Kwik Fit British Touring Car Championship’s annual visit to Croft Circuit on August 15/16 2020 are now on sale, with discounted prices confirmed in the run up to Christmas.

Croft circuit is one of the most challenging tracks in the UK. It is also one of the longest at 2.1 miles / 3.36 km per lap.

There is no public camping facilities at Croft Circuit. We can have competitors staying overnight on site.

Animals are NOT admitted to the Circuit, Paddocks, Campsite or Car Parks (except Guide/Helper dogs for Blind/Disabled visitors) 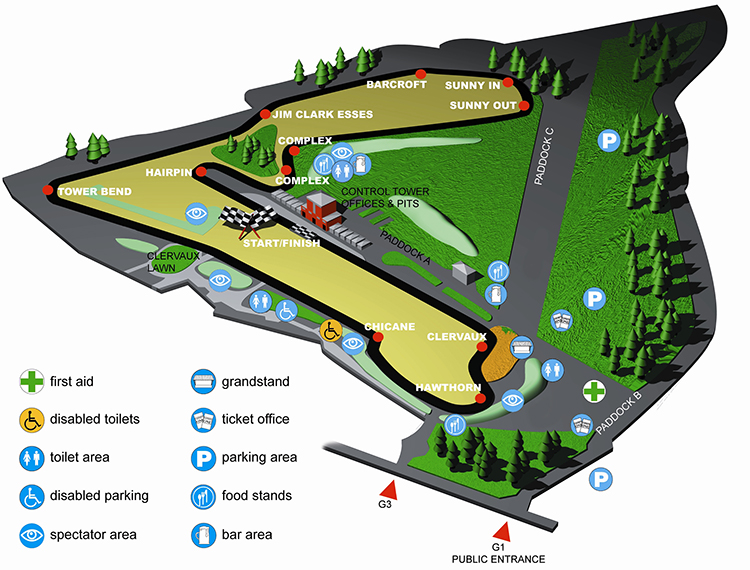 Where are my tickets?

All tickets are posted via royal mail second class unless you have requested special delivery. If you have ordered your tickets and you are concerned that you have not received them please call the ticket office on 01325 721815, and we will try to help trace your order.

When will my tickets be dispatched?

All tickets are sent nearer the meeting, usually 7-10 days before to ensure you receive them in time. If you're tickets have not been delivered, please contact us as soon as you can on 01325 721815.

Can I turn up and purchase tickets on the day?

Yes, tickets are available to purchase on the day.

What if my tickets don't arrive in time?

In the rare event that your tickets have not arrived in time you will need to purchase them at the gate, we will then refund you after the event. All you need to do is return the on the day ticket and your original advance tickets to the ticket office to claim your refund.

Can I collect my tickets on arrival at the circuit?

Is the grandstand included in my ticket?

For club race meetings grandstand seating is included in the price of the admission ticket on a first come, first served basis. For the British Touring Car Championship meeting, grandstand seats must be purchased for an adult and for children separately in advance and are subject to availability.

Is camping available at the circuit?

Unfortunately we are only able to offer camping to competitors.

Do you offer any concessions?

For club meetings children aged 15 and under are admitted free of charge. For the British Touring Car Championship meeting a teen ticket, children aged 13 - 15, must be purchased. Please see the individual ticket prices for each event for full details of concessions available.

How much does parking cost?

Parking is free of charge.

What time do the gates open?

Opening times vary according to the meeting. At most club race meetings the gates open at 08:30 on Saturday and 10:30 on Sunday, but be sure to check the information page for each event to confirm.

What time does it finish?

The last race/event will finished no later than 6.30pm.

How do I get media accreditation?

Please contact our press officer Trevor Swettenham on 01264 882206 or tswettenham@barc.net

Where is the disabled viewing area?

We have a parking area for Blue Badge holders close to the spectator banking alongside the straight after Hawthorn.

Do you have a cash machine?

Do you have an area for lost property?

If you have lost any of your property please report it as soon as you can to reception in the main office building.

In the event that a child is found to be lost within the circuit, they will be taken to reception in the main office building where CRB checked staff will care for them until they are reunited with their parent/guardian.

Where is the first aid/medical centre?

The medical centre is next to the grandstand and there is a mobile first aid team present at each race meeting. If you have a medical emergency please inform the nearest member of staff who will summon assistance.

Am I allowed to bring my dog/pet to the circuit?

As much as we love our pets, Croft is an active race circuit and as such we have a strict no animals policy on site.

We reserve the right to use any means possible to free any distressed animal found to be locked in a vehicle anywhere on the site including in the car parks, and give them into the care of an animal charity.

Do you have baby changing facilities?

There are baby changing facilities situated in the new toilet block in the paddock, or inside the main office building.

Juniors can now get behind the wheel of a MINI Cooper and learn the essential skills needed to drive a car safely.